Willkommen-in-germany: The Schneefernerhaus at Germanys highest mountain, the Zugspitze, is a for… 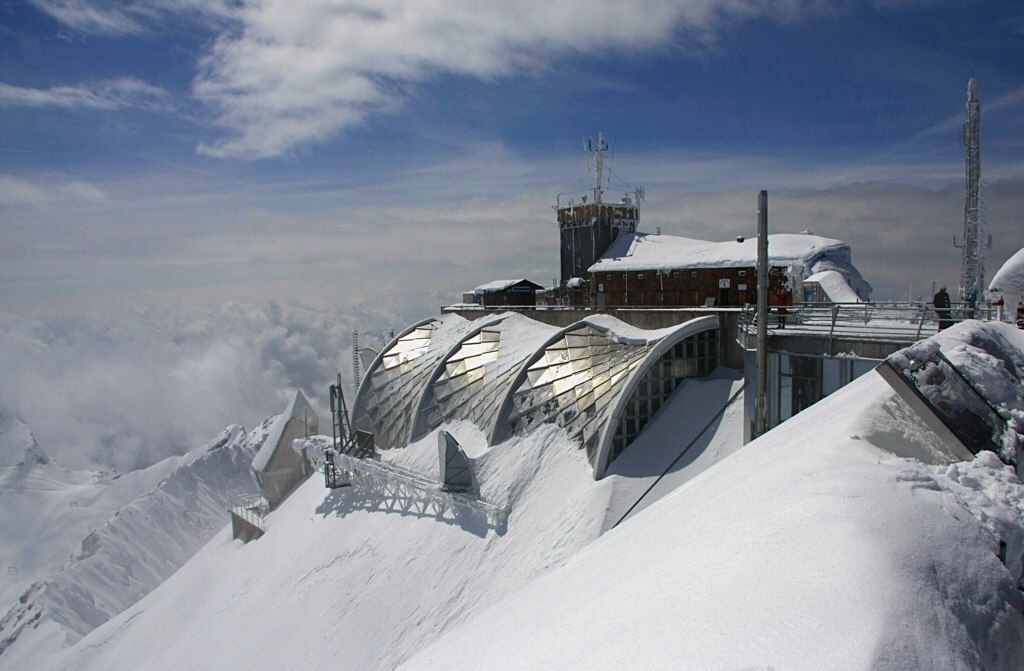 Willkommen-in-germany: The Schneefernerhaus at Germanys highest mountain, the Zugspitze, is a former hotel, now used as an environmental research station. It lies in the Alps, just below the Zugspitzes summit at 2,650 m and was opened 1931. It used to house the top station of the Zugspitze Railway as well as a hotel. There was a cable car from the Schneefernerhaus to the summit. In 1938 a gallery for pedestrians was opened from the ridge station of the Tyrolean Zugspitze Cable Car to the Schneefernerhaus. From 1945-1952 the hotel was commandeered for use as a “recreation facility” by US Forces. In 1965, an avalanche that swept over the sun terrace of the hotel and the lifts claimed 10 lives and injured 21. This tragedy was the impetus behind the introduction of a state avalanche warning system. In 1988, after the new railway station was opened, the SonnAlpin restaurant was extended. Hotel and restaurant operations finally ceased in 1992. The track of the Zugspitze Railway is still there but is now used only to serve the research station.