Toriyama doesnt really write super closely on either format, insofar as characterization and dialogue are concerned. Hell issue some occasionally, as well as lore corrections and the like, some art critique for the manga, but thats the bulk of it. He DID write the Broly movie himself though and stated he was writing it as a continuation of the ANIME, so do with that what you will. The belief Toriyama is dictating these things to Toyotaro though stems from some out of context comments from Toyotaro about how Toriyama works with him pretty closely, but it also requires people to ignore the statements from Toriyama and the anime staff on how hed been working closely with the anime team as well, more so than he ever has in the past. Case-in-point, the anime has Toiryamas vision of Jiren whereas the manga appeared to start with the same idea Toei had before being corrected. He also did create Caulifla to compliment the anime staffs idea of Kale, and Toei actually assigned Dyspos personality as well as designing the rest of the Pride Troopers. But one of the more interesting aspects of this is that Toei says that, while they did flesh out the fights themselves, Toriyama had everything planned out, at least insofar as Universe 7 was concerned, right down to who would lose to who and how they went out. Which makes Toyotaros deviations rather… interesting. And deliberate. Its also worth noting how Toriyama perceives Goku is often ridiculously exaggerated by people. Saying Goku isnt a “good guy” isnt saying hes not a good person, but that hes not the “good guy” archetype. Something elaborated on very well in an interview he did with Masako Nozawa in 2013. Gokus not someone whos really a conscious savior, or crusading hero. Hes just Goku. He goes about his life, he seeks his own goals, but when he comes across bad situations, he wont just ignore them. His growth is more subtle, his love for his friends not a huge focus, but it is part of him, its become ingrained in him over time.

No answer I can give is really more than an opinion in this case, but based on all of the evidence above, as well as seeing the depiction of Goku in Broly, Id have to say the anime is pretty easily far more in line with Toriyamas writing and depiction of these characters, especially in relation to Gokus overall attitude, competence, and relationship with Gohan. And it shows. 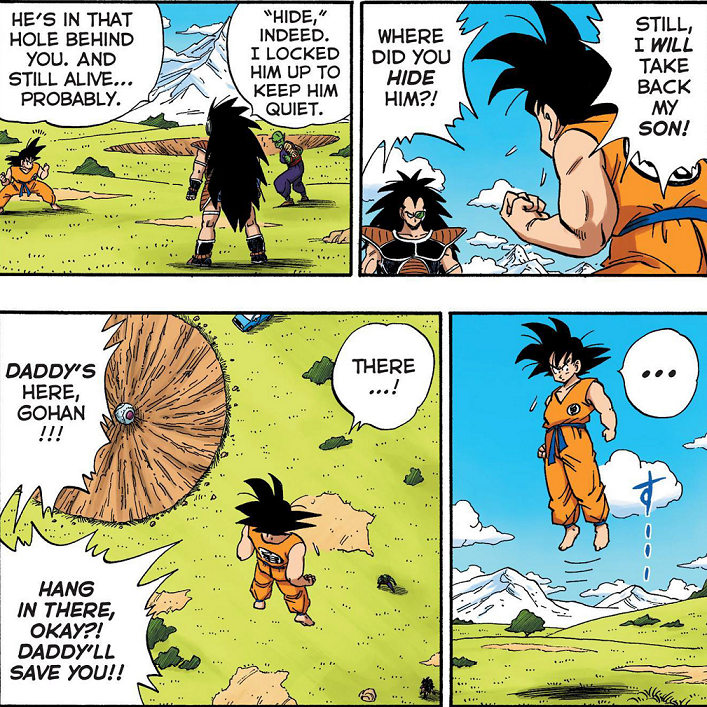 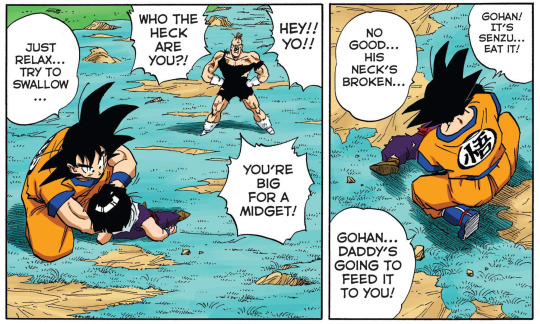 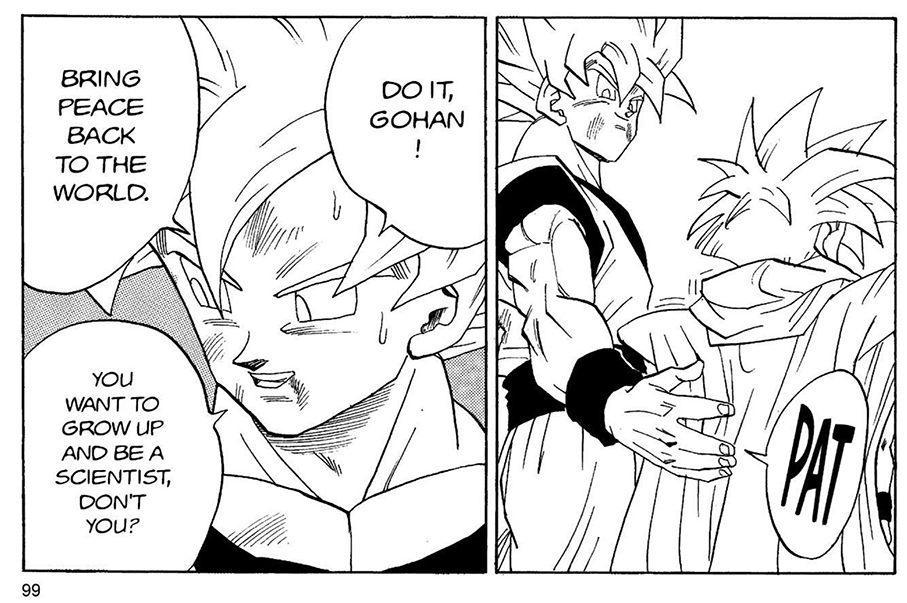